LAS VEGAS–(BUSINESS WIRE)–While the world of internet-connected devices continues to expand, its vulnerabilities continue to grow. The DEF CON 27 IoT Village, organized by security consulting and research firm Independent Security Evaluators (ISE) will highlight the significant challenges of security and privacy within this universe of devices on August 8-10, Eldorado Ballroom at the Las Vegas Flamingo Hotel. (Click here for the online schedule of presentations) 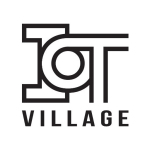 IoT Village is now the premier platform for the IoT hacking community to inform manufacturers and consumers about new vulnerabilities research. Over the past six years, IoT Village has established a worldwide reputation at DEF CON, the largest gathering for hackers, and has showcased over 50 speakers who have exposed more than 300 vulnerabilities. IoT Village has educated countless attendees and sponsors about the most innovative techniques to both hack and secure IoT.

At IoT Village, global companies will be bringing their tech to allow the security researcher community a chance to conduct live bug hunting. This is an effort to better identify, fix, and secure vulnerabilities while building a proactive stance for security in IoT and fostering strong relationships with the security experts.

Other events and hacktivities organized by ISE, Red Balloon Security, Air Force Research Laboratories and SOHOpelessly Broken will feature competitive contests for expert hackers while groups like Village Idiot Labs, Rapid 7, and Black Hills Security, will offer hands on hacking tutorials for those looking to sharpen their skills. IoT Village event will also feature demos, hands on hacking labs and presentations from some of the industry’s most experienced security experts who will dissect exploits. Among the many IoT devices that will be discussed or hacked during the three-day IoT event includes ATMs, dryers, smart thermostats and locks, surveillance cameras, network servers, EV chargers, Fitbit and many others.

IoT Village is a movement, driven by a passionate community of security researchers, pioneering companies, and many of the foremost thought leaders in IoT security,” says Ted Harrington, Executive Partner at Independent Security Evaluators. “As a place for both learning and teaching, IoT Village is a must-visit experience at DEF CON, the security industry’s leading research conference.”

“The IoT arena is very fortunate to have a record number of sponsors supporting from both cybersecurity organizations and manufacturers focused on safety and privacy in IoT products,” says Joe Felix, ISE business operations manager. “This will be our most exciting IoT Village so far.”

Follow both ISE (@ISEsecurity) and IoT Village (@IoTvillage) on Twitter for updates on talks, contests, and giveaways.

IoT Village was founded by Independent Security Evaluators as a platform to educate, inform, and empower, IoT Village is a security research community that brings together the brightest minds from security researchers, product manufacturers, solution providers, and academics to collaborate on solving the security challenges that plague IoT. It consists of many programming elements: talks, exploit demos, zero-day hunting contests, capture the flag style contests, and other hacktivites. As a security research platform, IoT Village has represented the discovery and publication of more than 300 zero-day vulnerabilities – previously unknown, critical security vulnerabilities that are readily exploitable in systems that are already out in the market being used by consumers, businesses, and governments alike. These critical issues afflict more than 50 different IoT device types. Follow us on Twitter @iotvillage.

Independent Security Evaluators (ISE) is a security consulting firm specializing in application, network, and blockchain vulnerability assessments, as well as training and secure software development for companies protecting high-value assets who may be frequently targeted. Our adversary-centric approach to security has proven highly effective for bolstering our clients’ defensive security postures. ISE analysts are also active in the security research community, speaking at conferences about relevant security issues and providing the public with cutting edge threat-based advisories. ISE is headquartered in Baltimore, with offices in San Diego and Los Angeles. For more information, visit http://www.securityevaluators.com/. Click here to subscribe to the ISE blog.