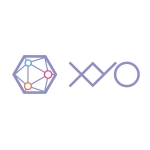 Revenue for the full fiscal year 2018 was approximately $21.6 million,
as compared to approximately $1 million in revenue for the prior fiscal
year. In 2018, the Company launched the Geomining Kit product, which
contributed to strong revenue growth in hardware sales. Additionally,
the Company introduced the “XYO” blockchain protocol, and conducted a
Token Sale. The sale of XYO Tokens and the significant increase in sales
of XY Findables products in the U.S. and abroad contributed to growth.

“We’re pleased with our solid business growth and progress over the
course of 2018, and look forward to an even more successful 2019 as we
build out a global, fully distributed geospatial cryptonetwork and
ecosystem of IoT devices,” commented Arie Trouw, Co-Founder and CEO at
XY and XYO. “We remain focused on a few key areas: building out our
technology and a decentralized ‘Dataist’ network, deepening our industry
partnerships, and engaging even more fully with our global XYO
Community.”

About XY – The Persistent Company

Since 2012, XY has been on a mission to decentralize the world’s
location data. XY is the company’s consumer-facing brand of Bluetooth
and GPS findable devices. XY has become a leading technology in the
device tracking vertical and has introduced a real-world network of
Bluetooth and GPS/Cellular Beacons that interact every day in the real
world.

Since 2012, with a Dataist focus, XYO has developed trusted IoT
technology that connects the digital world with the physical one. In
2018, the company unveiled the XYO Network, the world’s first geospatial
blockchain network backed by cryptography. With more than 1 million
location-verifying beacons around the planet, XYO technology rivals the
GPS network, and radically transforms the world’s leading industries.
Partners include mapping giant Esri, FedEx Research Institute, Re/Max
Mexico and Spaceflight Industries. XYO Advisors come from leading
organizations including National Geographic and the World Economic
Forum. For more information, visit us at www.xy.company
and https://xyo.network.